Up Česká republika and the Up Foundation supported the ALSA and Cesta domů non-profits with CZK 240,000

Two non-profit organisations, Cesta domů which provides hospice care for the terminally ill and support services for their loved ones, and ALSA, which is engaged in helping people with ALS, received two cheques, each for EUR 5,000, in October. Representatives for ALSA and Cesta domů received the cheques directly from Up Česká republika CEO Stéphane Nicoletti and company executive Jérôme Pelus.

Up Česká republika and the Up Foundation have been cooperating with the Cesta domů organisation for four years now. It was then that the employees themselves chose it “as theirs”. A year later, the ALSA organisation joined Cesta domů.

“The activities of both these entities align with the goals of our philanthropic policy. These are primarily an effort to help disadvantaged groups live more richly and fully, with a better quality of life,“ said Jana Ondroušková, who is responsible for CSR at Up ČR and who added: “Precisely because the activities of these organisations are extremely close to us, it makes sense for us to support them not only with one-off contributions, but on a long-term basis. We have also agreed on further cooperation for a period of three years.”

Cesta domů has long focused on improving hospice care for the terminally ill in our country. Their mobile hospice service provides care to the terminally ill and dying patients in their natural environment. In addition to supporting these people, it also supports their loved ones in times of grief. Cesta domů also strives to raise awareness in the field of palliative care, either in the form of professional education or awareness campaigns.

“A big thank you goes to the company Up ČR for their long-term support, not only for the financial, but also for the material support and, last but not least, for their volunteer work. All these forms of service help us improve and expand services for our clients“ explained Eva Van Wagenen from the Cesta domů non-profit organisation.

The only association in the Czech Republic dedicated to people with ALS or amyotrophic lateral sclerosis is ALSA, the second of the supported organisations. ALS is an insidious, incurable disease in which patients’ organs gradually fail. An integral part of the organisation’s activities is spreading awareness about the ALS disease, providing educational and lecture activities, organisation of collections and other services for both the patients themselves and their families.

“We are really grateful for our long-term partners, which include Up Česká republika. Thanks to them and their financial support, we can develop our project with female coordinators in the regions where it really makes sense. Up ČR is also actively involved in our educational activities or helps us through volunteering,“ elaborated Petra Němcová from ALSA.

In addition to long-term support of these organisations, Up Česká republika is also involved in many other charitable projects, with the considerable participation of its employees. It regularly hosts charity breakfasts where employees vote for one of the spontaneous requests of various organisations to receive the proceeds from the breakfast. At the last one, for example, CZK 20,000 was collected for the Zdravotní klaun organisation. In addition,  the company is involved in the support of autism within the global organisation Light it blue and participates in challenges including Movember and charity runs such as Teribear, Běh dobré vůle Nadace Olgy Havlové and others. Last but not least, Up ČR is a signatory of the Diversity Charter, signifying its commitment to building a generally tolerant working environment regardless of age, religion, gender, sexual orientation or health status. 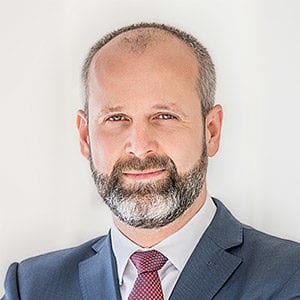 Up Česká republika joins forces with LIN&Partners. Thanks to the unique ELA service, companies are offered comprehensive solutions to their employees’ problems

Up Česká republika launches Up Club, the biggest loyalty programme in the food and beverage industry